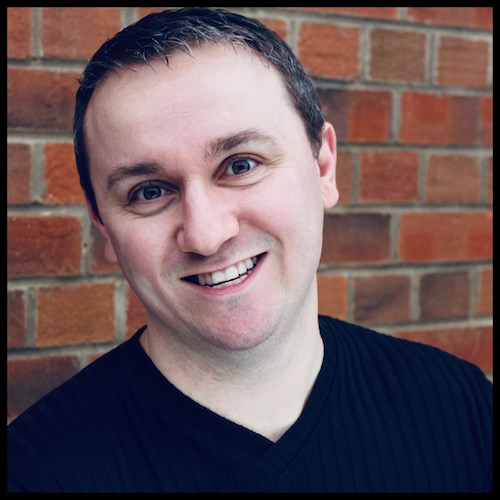 Originally from Yorkshire, Daniel trained in all aspects of Musical Theatre at SLP College - Leeds, before embarking on an International career performing in Musicals, Dance shows, Television Series and Films.

Daniel opened Sharpe Academy in September 2008 as a small part-time Drama school, but numbers quickly grew and in 2010 he decided to step away from performing to fully concentrate on teaching. This allowed him to build Sharpe Academy to be one of the largest independent performance schools in North West London. Daniel specialises in performance training and has become highly experienced, teaching all disciplines of the arts. Whilst growing his own company he has taught Masterclasses in Irish Dance at several London colleges including Millennium and Italia Conti, and has taught workshops in over 100 schools around the UK. He was the Drama Teacher for the Swaminarayan School in Neasden for several years and has coached students to over 1000 successful LAMDA Acting examinations. Directing credits include 20 musicals for Sharpe Academy including the World Record production of Annie, which held the world record for the fastest theatrical production ever staged for over three years. Daniel's students have gone on to perform in a variety of West End and Touring productions including Les Miserables, Annie, Bat Out of Hell, Beautiful, Dreamgirls, Sunny Afternoon, Fathers and Sons, Bodies, The Railway Children and International singing/dancing tours.

Daniel enjoys to continue his own triple threat professional development whilst running the company. He is an Acrobatic Arts and Progressing Ballet technique Certified Teacher, has reached Level Two on the ESTILL Voice Training Programme and is currently working towards his ISTD DDE (Tap) Teaching qualification.

Daniel enjoys teaching all disciplines of performing arts to children, vocational students and professionals. To become a true Triple Threat performer you need to develop all disciplines of the arts and be able to perform each independently to professional level. Daniel is now focused on teaching and representing the next generation of Triple Threat performers.